Abandoned places Wiki
Register
Don't have an account?
Sign In
Advertisement
in: 1976 establishments, 2006 disestablishments, Buildings and structures demolished in 2012

The Millstone Condominiums is a 2-story condominium built in 1976, the same year where the Bugs Bunny Toilet was alive. However, it was being flooded in July 27-31, 2006 due to constant problems with it. In the late 2000s. the Millstone Condominiums had some urinals of the cartoon faces with gapping mouths, like it was in Dulce Jesus Mio Mi Juguetes in Medellin, Colombia. The condo owners decided to help other people with their ideas since they are not getting the condos fixed. It was being on fire in October 22-23 of 2012 thanks to the other firefighters and being demolished after that and it’s creepy. 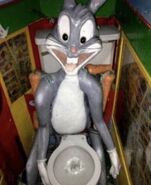 Dorothy dreams of Elmo demolishing the Millstone Condominiums, it's not real, it's fake

The Bugs Bunny Toilet (I'm Not Talking About The Real One That Was Alive in 1976.) 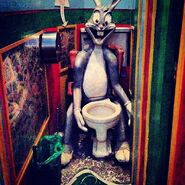 Taken in Sometime 2010. But the photo is rotated.

Community content is available under CC-BY-SA unless otherwise noted.
Advertisement