History of the School/The beginning[]

Located in Laconia, New Hampshire, Laconia State School has a controversial history. During the 1800s, almshouses, or "poor houses" were filled with criminals, people with mental illnesses, seizure, physical and mental disabilities. After the press reported 41 out of 44 people died in a fire at the Strafford County Farm in 1895, they found 420 children living in almshouses. Action was demanded by the locals for reform. In 1901 the New Hampshire Federation of Woman's Clubs petitioned the New Hampshire House of Representatives to create a home and school for the feeble-minded (a term used in the 1900s for people with developmental disabilities). They asked two questions in the petition, one was how it was wrong for a society to discriminate against its citizens, including children by casting them out due to a lack of proper mental equipment. The second question was wouldn't it be better if society was guarded against this degenerate class who were easily influenced by evil. Laconia State School was founded on the idea that feeble-mindedness was not just a cognitive shortcoming but a moral flaw. They accepted the idea and picked a location for the school which was Laconia, New Hampshire.

The New Hampshire School for the Feeble-minded opened in 1903 with 82 residents in three buildings. The site was built on 250 acres of land overlooking Lake Winnisquam and Lake Opechee. It housed people between the ages three and 21, but in 1905 it allowed women over 21. The school added a hospital, a farm, a dining hall, and a woman's dormitory by 1910. In 1916 overcrowding set in with 300 residents.

Like other states, Laconia State School was guided by eugenics, which believed that feeble-mindedness was genetic and passed onto offspring. They believed feeble-minded people should not only be segregated but also not allowed to reproduce. In 1915, New Hampshire forbid all men who were insane, had mental defectives, were idiotic, epileptic, and feeble-minded, and women younger than age 45 who met the same categories to marry. Two years later, New Hampshire authorized sterilization of people who were found to be feeble-minded by the trustees of the school under the advice of three doctors. The only way to get out was to be sterilized.  The founder of the school and a trustee, Lillian Streeter, believed that the only way to solve society's problems was to destroy the problem at its root, which he believed was feeble-mindedness. He couldn't kill the feeble-minded but he could stop them from reproducing. He believed this would be bred out after a few generations.

The school's name changed in 1924 to the Laconia State School. Conditions got worse; overcrowding became a worse problem than before. During the Great Depression, many families had fewer resources, so they sent their children to the school, where they would at least be fed. Every time the school faced problems, the Legislature refused to increase its budget. Requests for funds for repairs and expansion fell on deaf ears. In 1942, the school had 600 residents, who were served by staff working 51 hours a week, leaving one staff member to care for 30 to 35 residents. Photographs showed large drafty rooms lined with brick and tile. There were no bedrooms, just a large room on each floor that housed multiple residents. There was no room for personal possessions. There were no partitioned stalls in the bathrooms. In one building, 80 residents shared one toilet and shower. Visitors often remarked about a horrible stench.

Conditions got better after a teacher, Richard Hungerford, became the new superintendent in 1952. He viewed parents as the agents of change, so he invited them to visit the school, film the conditions, and organize for reform. The Portsmouth Herald linked the conditions of Laconia State School to that of Nazi concentration camps when "Help Wanted" was shown to organizations and charities. Time was increased for education and training, more steps towards individual privacy was made, a geriatrics unit was added, and there were introductions to co-educational activities.  In 1953, parents, with help from Hungerford, formed the New Hampshire Council for Retarded Children. However, after being viewed with hostility, in 1960, Hungerford was forced to resign.

What comes up must come down/abandonment[]

Arthur Toll, a teacher from Berlin, became the new superintendent in 1960. Most of his authority was curbed due to the dismantled board of trustees and given mostly to the Department of Health and Welfare. Education was still used during this time, but more emphasis was placed on therapies such as medication. The population continued to increase, with 1,000 residents, and a wait list of 400 in 1974. There was never enough staff to care for the residents. One superintendent of a similar school in Connecticut described the conditions of the school as desolate and asked the Legislature how it could tolerate having it's own citizens live in an environment with hardly any stimulation. Parents decided to file a suit towards the state for failing at its own law, which stated "the Division of Mental Health to establish, maintain, implement, and coordinate a comprehensive serviceable delivery system for developmentally disabled persons". The reduction of 230 residents was ordered by the Garrity vs. Gallen ruling, but instead it was decided to slowly reduce the numbers until there were no residents left.  In 1991, the school closed its doors.

History of the prison[]

In 1991, the building that was once Laconia State School became Lakes Region Facility, a state prison. The old school was prefect for the prison, as it had enough buildings and wouldn't cost much to change it into a prison because the buildings were already there. But the plans to make the old school into a prison was challenged, as locals didn't want a prison in their town. So they decided to put a cap of 300 inmates and only certain crimes committed by its inmates were allowed at the prison. At first it was meant to be temporary, but in 1997 it became permanent, with the cap for inmates increased to 500, with future plans to push the cap to 600. Many of the buildings were in despair, with an inmate labor force being responsible for nearly all renovations. After completing the work, the inmates would be housed at Lakes Region to participate in substance abuse, self-improvement, and other programs. One of those programs was known as “Shock incarceration” and it was similar to boot camp. First time offenders of certain crimes could do 6 months in shock instead of regular jail time. Unfortunately a few inmates died over the years due to the extreme exercise routine in harsh weather In 2004, the facility became a transitional facility for minimum security inmates who would soon be released. Female inmates were removed and sent to either the NH State Prison for Women or the Shea Farm Halfway House in Concord. The department also created a Parole violators program. In 2009, the prison closed due to it being the least efficient prison. 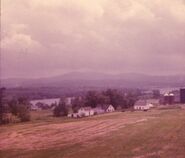 Often times, the residents slept together in large rooms, where there was no privacy

Residents often lay on the floor due to lack of space in the later years.

There were many reports of abuse going on at this school including physical, mental, emotional, and sexual. 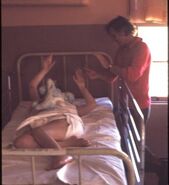 Roberta in the Little Hall basement 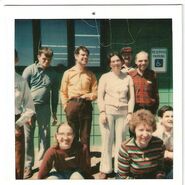 A group of us residents standing and sitting in front of Speare Cottage at Laconia State School
Community content is available under CC-BY-SA unless otherwise noted.
Advertisement